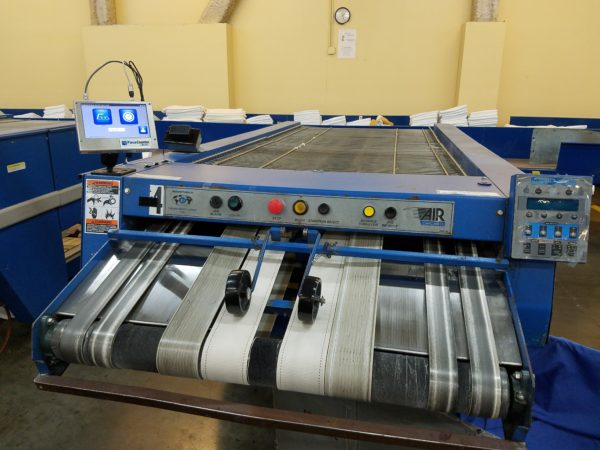 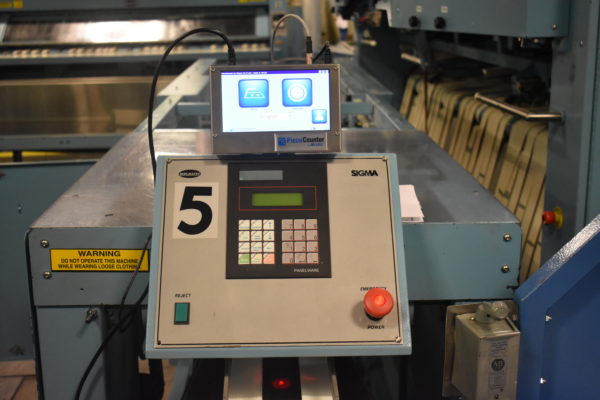 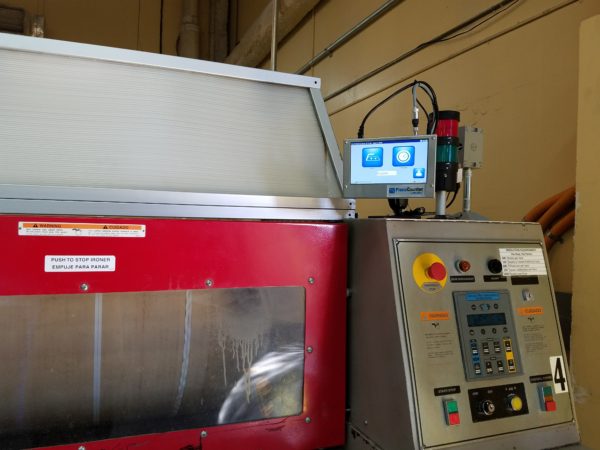 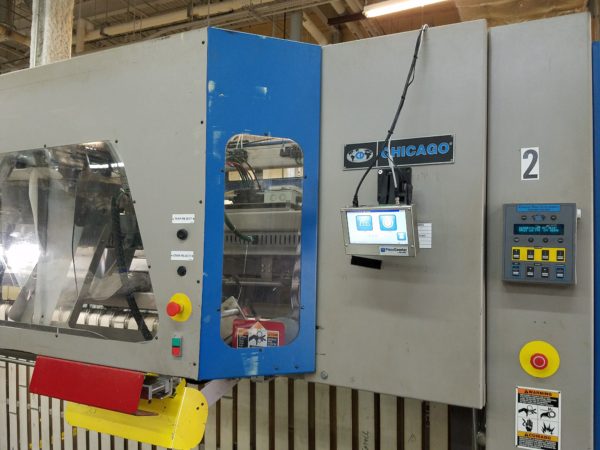 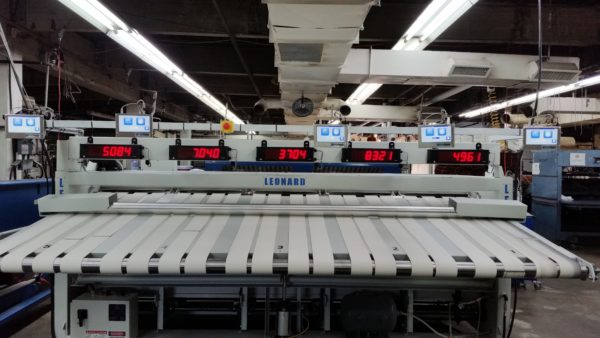 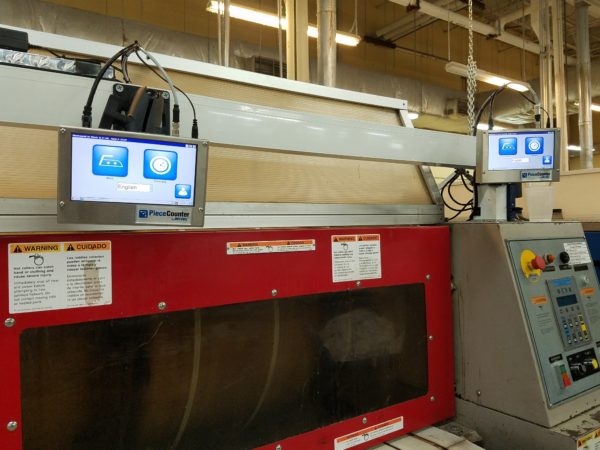 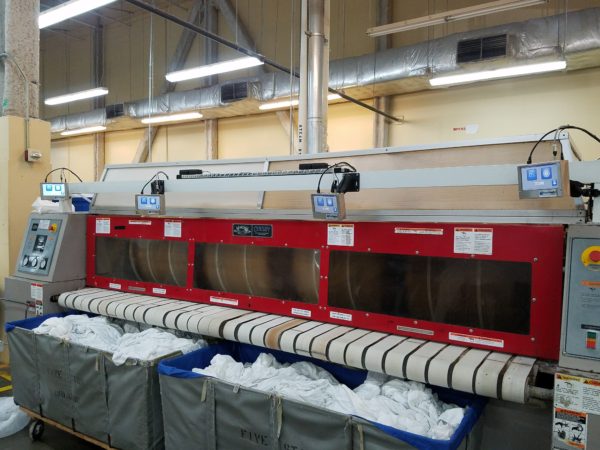 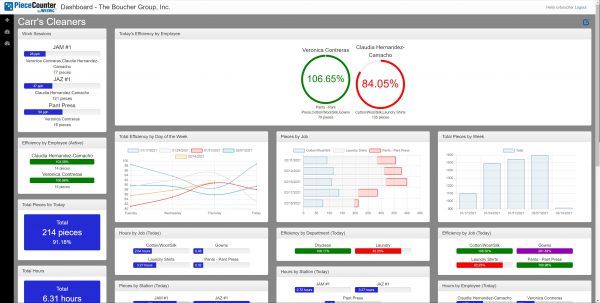 Now anyone, anywhere in your organization can easily monitor production. 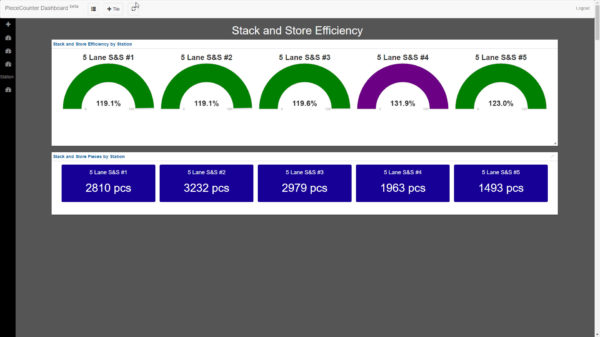 On the production floor. 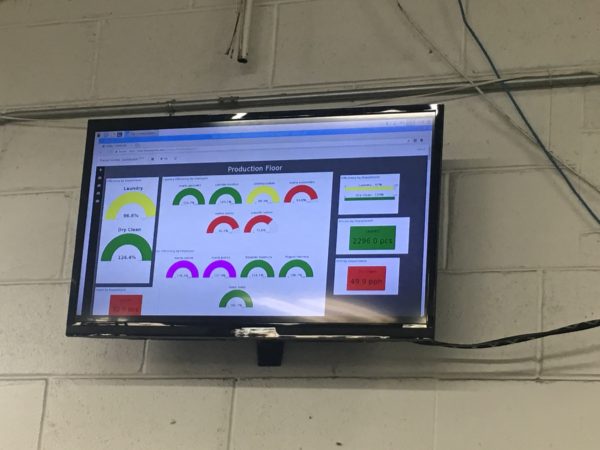 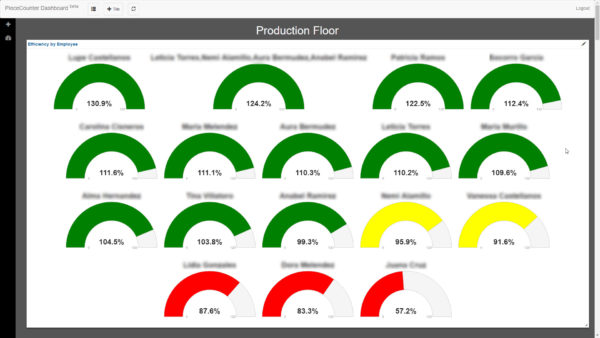 Or in the boardroom. 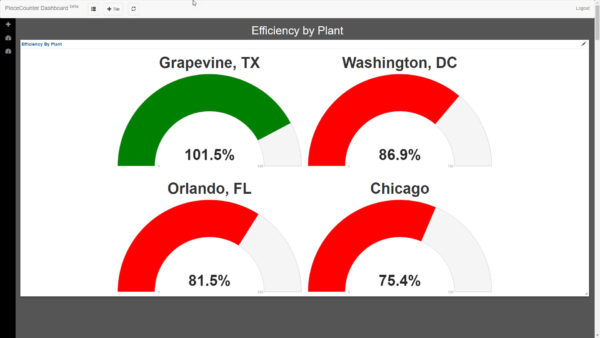 Data filters let you customize to meet your needs. 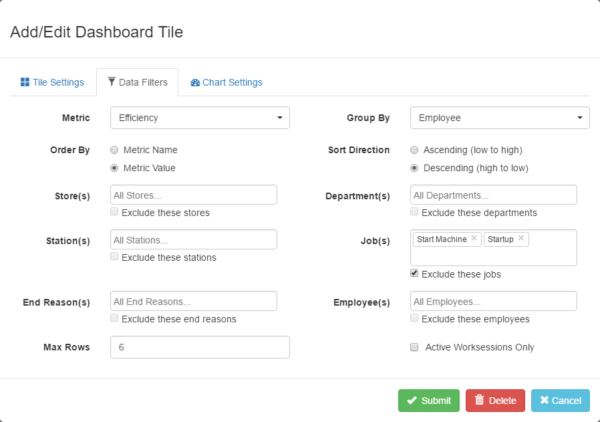 Web based – no software to install. 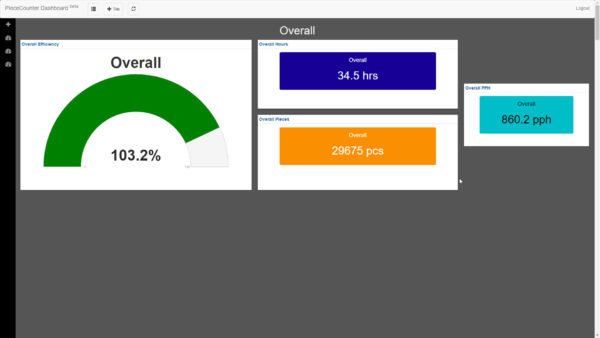 Watch how easy it is to create your own dashboards.

Come by and visit us at booth 550 for the Clean Show in Las Vegas, NV on June 5-8, 2017.  At the show we’ll be unveiling the new PieceCounter Dashboard! 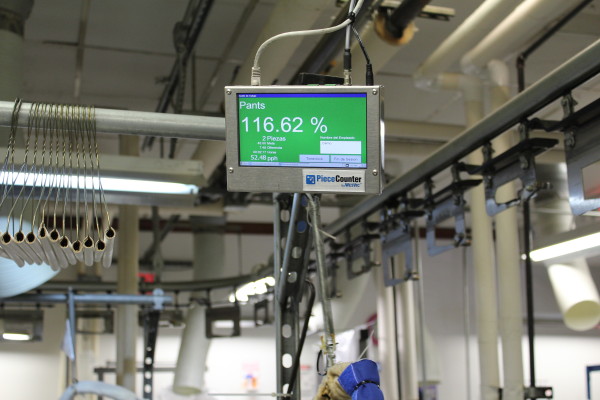 2 PieceCounters installed as demos at a dry cleaner in Houston, TX.  We expect to see great results! 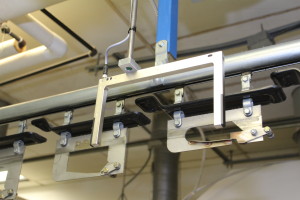 Photoelectric Sensor on a Distribution Conveyor 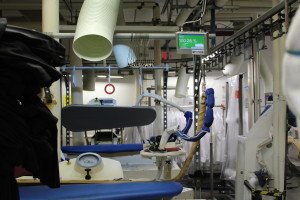 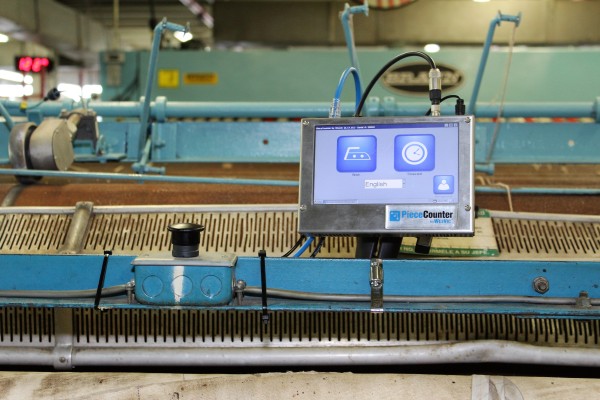 A PieceCounter customer in Beaumont, TX has PieceCounters on their steam tunnel and laundry presses and wanted to give the system a try on their flatwork ironer so we installed a demo unit and added a photoelectric sensor with reflector tape.  Once the internet line and power source were in place, installation took less than an hour.

If all goes well, they’ll add one to each lane on this ironer plus 2 on another ironer. 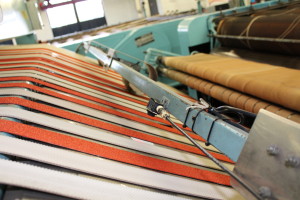 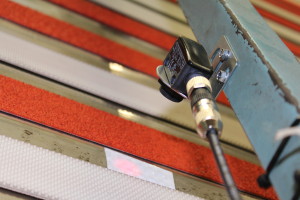 Michael Harris of Oceanside Cleaners in Jacksonville, FL called me a while back to tell me that he was going to sell his PieceCounters. He said he didn’t have any problems with the system and that his pressers were still using them, he just never looked at the reports so he didn’t think he was getting much value from them.

I told him no problem and that I would even help him find a buyer, but I asked Mike to first unplug the PieceCounters for at least one pay period and watch his labor costs to make sure they didn’t go up. Sure enough, Mike later told me that labor costs increased approximately 20% that pay period and, needless to say, Mike kept the PieceCounters. After seeing the powerful impact that real-time performance feedback had on his pressers, Mike soon added two more units to his shirt laundry for a total of 14 units in his plant.

Whether you have one presser or one hundred, the PieceCounter can save you 10 to 25% in your labor costs, paying for itself in 6 months or less for most operations.